Welcome to Phone Dump Friday.  I will be “dumping” my phone each Friday (or so I hope!) to give you a closer look into my crazy life with my two boys.

Marshall Pass was part of the narrow gauge Denver and Rio Grande Western Railroad transcontinental route from Denver to Salt Lake City. The railroad line was completed in 1881, ahead of the Alpine Tunnel by the Denver, South Park and Pacific Railroad. The line saw the daily Shavano passenger train until closure. The line closed with the Gunnison Division in 1955, and the rails were removed the same year.

Marshall Pass, Colorado was a small settlement, railroad station and post office, located at the pass. The population was 11 in 1948; there were six buildings then. Time Magazine called it “the U.S.’s smallest post office.”  Sited source Wikipedia.

Over Memorial Weekend the boys and I spent 4 days camping with my parents.  We hit up Poncha Pass because it has some amazing forest campsites and even better four-wheeling trails.  After 2.5 days of riding we put on over 160 miles and my bottom showed it.  One of the routes we took was over Marshall Pass and I fell in love instantly.  I love history and as we rode of Marshall Pass I couldn’t help spot the history and take myself on a journey back in time.

The road that you travel on is built directly over the top of most of the railroad route which means you can still see plenty of signs of the railroad.  In many places you could still see the railroad ties hanging out the side of the road, generally on a straight slope off of a cliff.  We came across one section that was rather long actually of the track and the materials that we built to help hold it up into the side of the mountain.  Also, what appeared to be part of a building was still left, dare I say standing…

I knew nothing of where we were actually going and so the minute I got home I had to do a little bit of research of Marshall Pass, CO (briefly found above).  I loved our campsite and the history of the whole area!  The Marshall Pass, CO route was amazing and so beautiful!  I was glad we were on four-wheelers though as a vehicle passing a couple spots on the road would have been impossible this weekend.  If your doing Marshall Pass in a vehicle I would wait until June to make sure you have access to both sides of the pass. 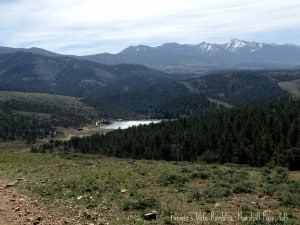 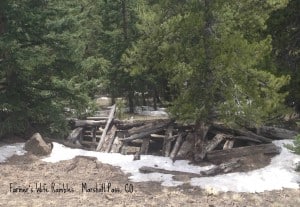 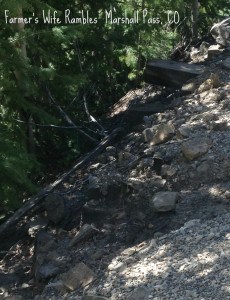 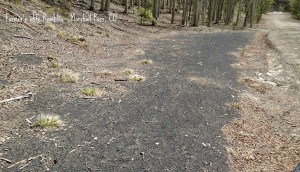 Embers from our past. Train embers from left from Marshall Pass, CO. 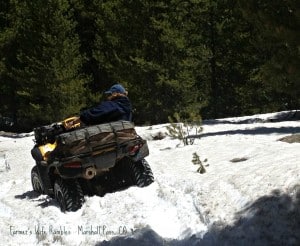 Mom was the first person to have to be winched out. 🙂 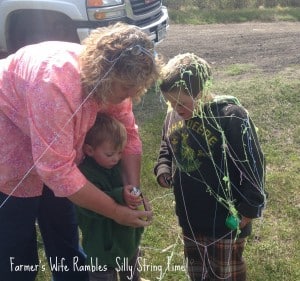 What camping trip isn’t complete without a silly string fight.

PS… Check out more Phone Dump Friday’s to learn more about my family.