Did you know that a medium-sized potato has only 90 calories and more potassium than a banana? Potatoes are actually really healthy it’s all a matter of what we do to them that ruins their health value. We sure know how to take a 90 calorie potato and turn it into over 500 in the blink of an eye. 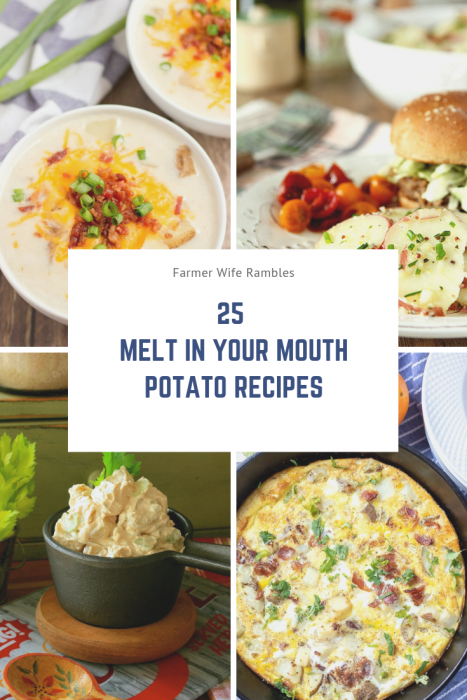 As a potato farmer’s wife, I can do just about anything with potatoes. I even have a brownie recipe with them that I will share with you soon, I can’t believe it’s taken me this long as it is! Also, as a potato farmer’s wife, it means I am constantly on the lookout for new recipes and ways to put potatoes to use, as you can imagine I certainly do have them growing out my ears.

Below are 20 different potato recipes and just in time for a big holiday weekend. I love the idea of making baked potatoes in the crockpot, especially during the summer to help keep from turning the oven on, the turn out amazing and so little work involved. From this point, you can keep them warm by putting them in a cooler, make sure to find one that isn’t too large but will hold all of them. When Ride The Rockies came through the valley we kept over 500 potatoes warm for well over 12 hours, yep I said 12 hours! They were still steaming when the bike riders cut into them.

Unflavored mashed potatoes can serve the same purpose of applesauce really. They tend to make things moist and can help you cut back a little on the oil needed in a recipe. Just make sure to get them out of the pot before you add the salt and pepper. 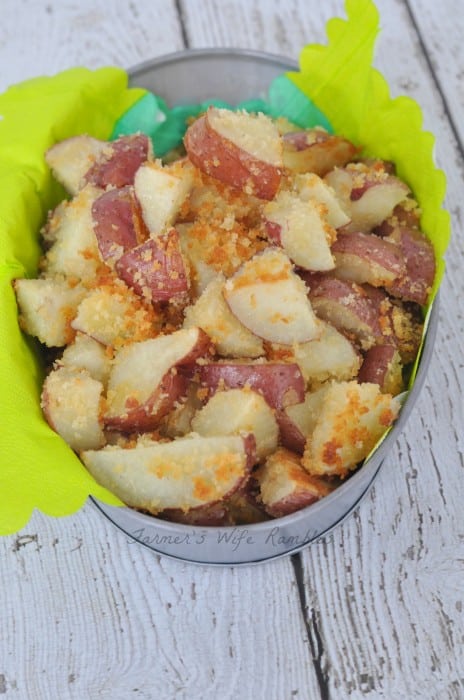 I hope you enjoy the 20 potato recipes below and because it’s my blog and I deserve to put a shameless plug in whenever possible, Colorado potatoes are the best! I must be honest and say that I didn’t even know Colorado grew potatoes until I met Cory and it’s impressive the amount of times I hear “I didn’t know Colorado grew potatoes…I thought just Idaho did”. I was one of those as well, however, Cory sure has given me an education! I used to say I need to marry a potato farmer or a lemon grove owner, who knew it would really happen! 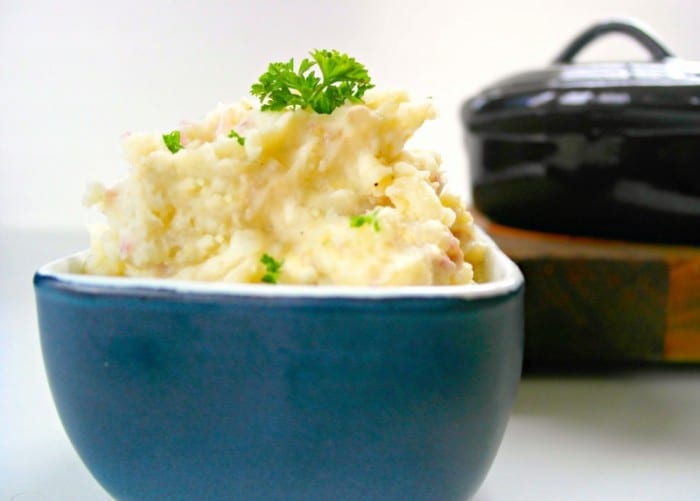 18 Melt In Your Mouth Potato Recipes

What’s a potato without the beef, or a backyard BBQ without a potato dish?  Wash it down with something cool to drink and finish it off with an amazing dessert.

What is your favorite tried and true potato dish?  Perhaps you have a favorite main dish to accompany your potato dish?

How to Garden on a Budget » 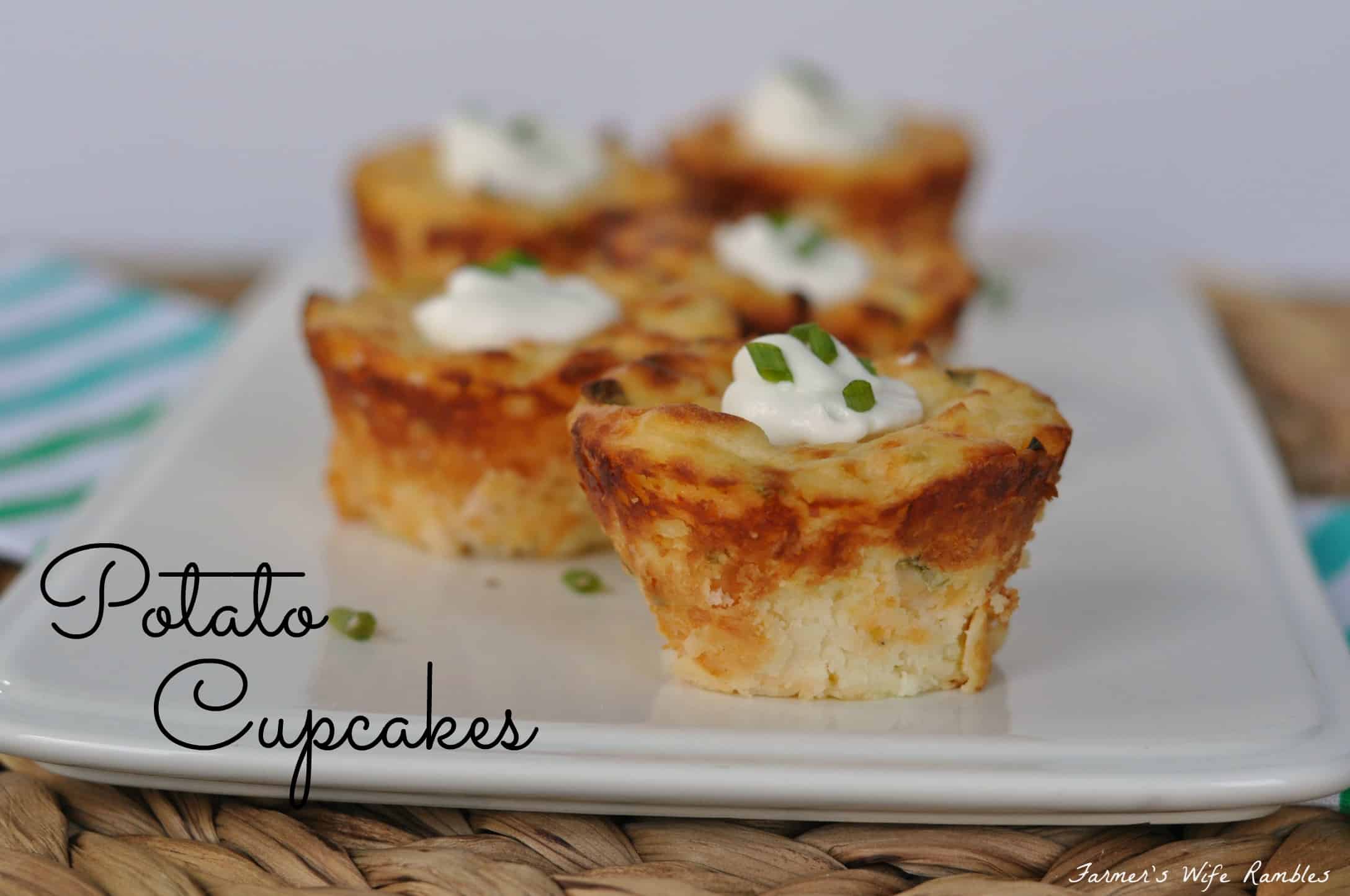 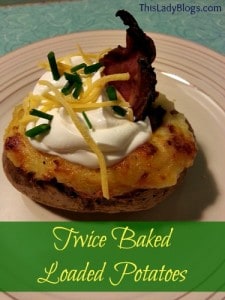 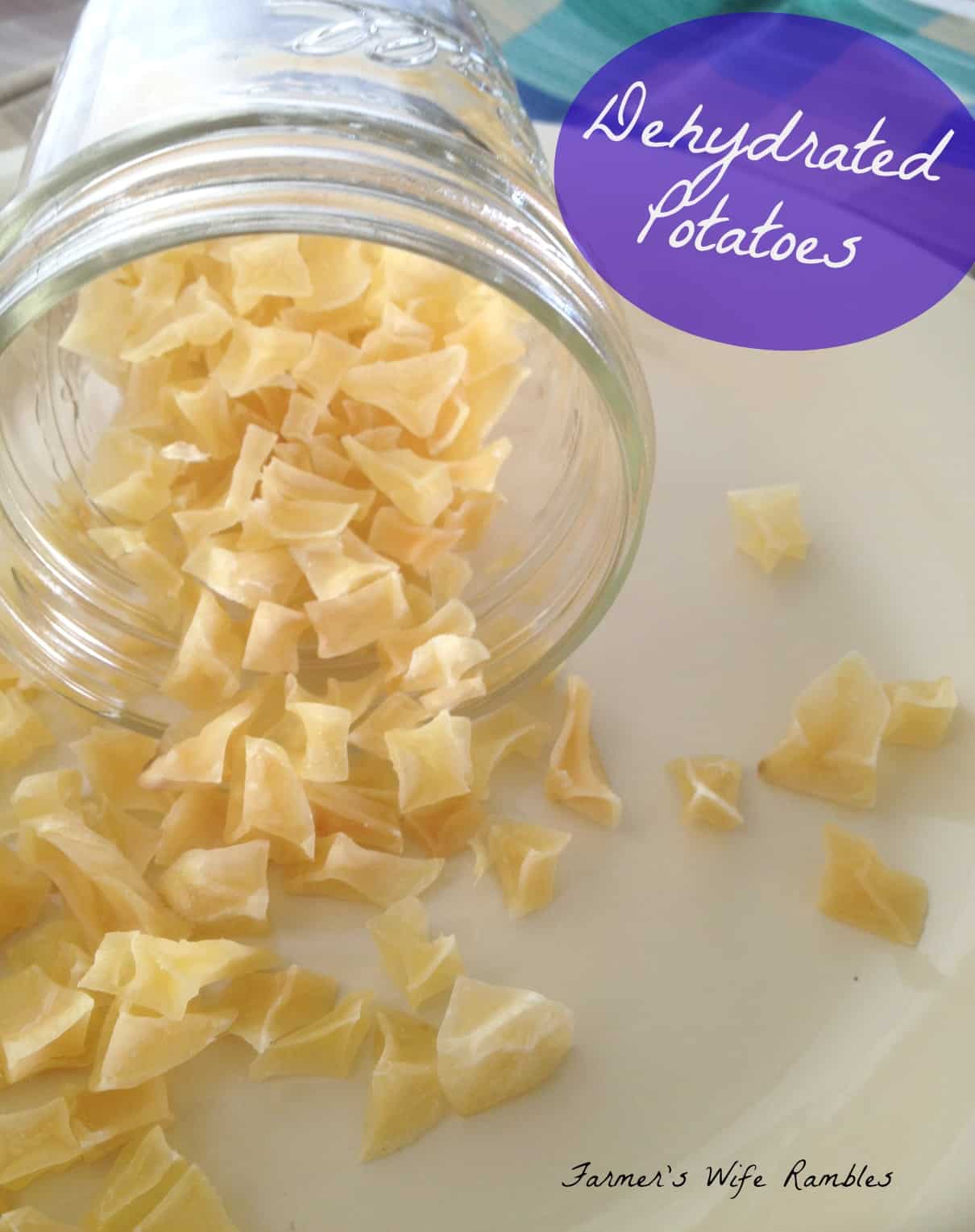