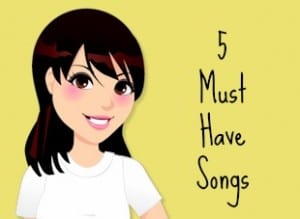 Music has always been a large part of my life. We spent a lot of time camping, fishing and time in the mountains. We didn’t own Walkman’s or Discman’s so we had to do our own singing and my mother had a great voice and songs that really bring me back.

If we weren’t in the mountains as a family we could often be found at my grandparents who have a jukebox in the basement filled with songs. Songs that most wouldn’t be caught dead listening to now, but for me they bring memories rushing back. Playing cops and robbers, racing on the pedal tractors and just hanging out singing (we thought we were amazing!).

Below are four songs that helped shaped my life or hold a special moments. My Sister, My Friend by Reba McEntire is a shoutout for my best friend April. While we may not be blood sisters it is the story of our lives. We have shared a lot of memories through the years and while we don’t talk as much as I feel we should because of our separate lives, she is always on my mind.

Coat of Many Colors by Emmylou Harris (written by Dolly Parton) was April and I’s favorite song on my grandparents jukebox. We would listen to this song for hours! Even before we understood the meaning. I can remember being so jealous when we were about 10 and April’s mom found her a coat of many colors at the thrift store. Oh I wanted that coat so bad!

While Billy Gilman was a six hit wonder  but his young voice will always hold a special place in my heart. I worked at the Truckstop with my cousin Krista and Kristy in highschool and we would spend hours singing Oklahoma by Billy Gilman. With the help of our director (our night dishwasher)  we thought we would perform it for the high school talent show. Boy am I glad that never happened because the three of us together weren’t as good as we though, but it still brought a lot of laughs and memories to hold onto.

As I said we spent a lot of time in the mountains and my mom would sing every song under the stars. Where Have All The Pretty Flowers Gone by Peter Paul and Mary was my favorite song and I would beg her to sing this song at every chance I got, I still do actually. To this day it is still one of my favorite songs with my mom and while it is as old fashioned as they come it will always be the song that reminder me of my mom (along with a 100 others!). It’s an oldie but a goodie and carries such a powerful story about War.

What songs bring the memories rushing back for you?

**These are 5 of my must have songs along with many others. They may not be yours but for me they are a glimpse into my life.**