As I progress with my Fabulous Food Dehydrator Series, I couldn’t decide whether dried celery or dried canned pineapple was easier. I thought about putting them in the same post because they are so easy, in the end though it came down to the tools needed. You have to actually chop celery so I decided it was harder…but only because it makes another dish to wash. 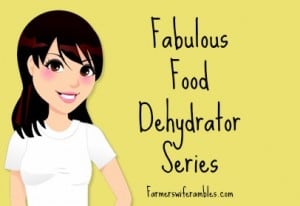 As I said above you need to chop your celery before you can dry it. I purchased three bundles and my chopping skills are questionable, remember they all need to be about the same size. This is where a mandolin slicer comes in handy. Nothing fancy is needed, mine was a hand me down that the original purchaser paid less than thirty dollars for. Within fifteen minutes I had two Emsa Clip & Close Containers filled with my sliced celery. I needed to refrigerate mine since I had the pineapple in my dehydrator but I wanted to make sure I was ready to do a quick swap out. 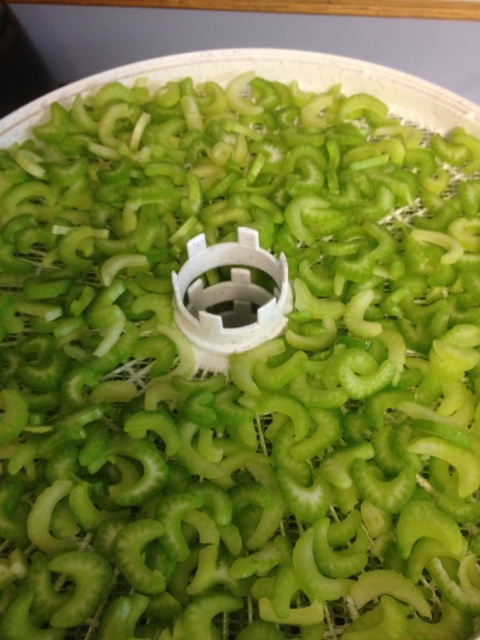 Out came the dried pineapple and with a quick rinse I soon had a couple of trays of celery filled up. Most things in the dehydrator you need to be careful not to have a lot of overlap but with celery it’s so thin anyway that a little isn’t going to affect the overall product.

I started my dried celery, at 130 degrees, before I headed out to MOPS for the day and when I got home eleven hours later it was good to go. With vegetables I believe the crunchier the better.  You need to make sure that when you break a piece in half it snaps rather than stays pliable.  With dried celery it will pretty much crumble because your pieces were so thin. Now I can send part of this celery into its new home of the food safe bucket and I am also going I powder some if it up with my food processor to “hide” in normal foods. I know it’s not adding much but it sure is easy to hide powdered celery in mashed potatoes, casseroles, even as a meat seasoning with salt and pepper. Every little bit helps right? 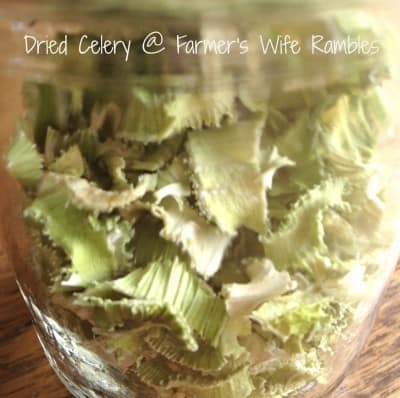 Celery is so easy because it’s one of those that doesn’t require blanching before and it’s pretty impossible to over dry. Out it in before bedtime and it’s finished in the morning or of you get delayed running errands with it in at home, 15 hours is not going to hurt. It’s also easy to justify because I am not allowed to use celery in many dishes so rarely do I have a stick on hand for soups or stews . Throw a handful in while your soup is boiling and fifteen minutes later it is just like fresh. Remember though that dried foods absorb liquid so adjust your recipe accordingly.

Don’t Miss The Rest In The Fabulous Dehydrator Series

« Busy Bag Activities Are Perfect For A Long Car Ride