Video games have come a long way since I was in school.  Graphics are a billion times better, games are faster and they sure do beat the slow pace of Oregon Trail on a screen that doesn’t even have color.  Video games and computer games also have a much better learning aspect than when I was in school, like they actually have a learning component to them.  Was I just playing the wrong games growing up maybe?  Let’s face it Super Mario Bros on the NES didn’t really teach us much besides how to stay up late, leave the Nintendo on but shut the TV off so we didn’t lose our place and of course how to jump on big ducks (giant world?).

As a parent in this new age of video games I like to review what my kids will be playing before they do; yes I am still naive enough to think I have that many hours in a day.  Coulter is turning 5 next week and hearing a ton about games at pre-school and he is asking questions.  I figured I would ease him slowly and since Amanda loved the program JumpStart I figured I would give their other game MathBlaster a try. 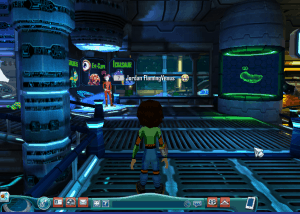 Remember I said games had changed a lot since I was in school and this was proven to me instantly with MathBlaster.  It took me some time to get it figured out and my brain even more time to figure out which buttons needed pushed for which action.  I have become so used to only using the mouse or my finger for the small games I play that trying to remember to hit enter and the up arrow took some getting used to.

Ok, off to a slow start but I am getting the hand of this and find the math area of MathBlaster.  It took me sometime to get there while I was waiting for my Mutt to incubate and getting lost in the social lounge that MathBlaster offers.  However, I made it and had plenty of math games to pick from when I got there and even different math functions to focus on when I got into a game.  One game in particular I had the option of focusing on placement values or money.  Both tasks that 2nd graders should be learning, while another one game me the option of addition, subtraction, multiplication, division, long division and about 6 other mathematical choices.

With the age ranges of 6-12 on MathBlaster I did find something to fit all those age groups math wise.  The older kids will love having the social aspect of a lounge and Coulter thought it was pretty cool that I got a Mutt to follow me around and to take care of.  Intriguing aspects for all ages.  As a mom I must say I thought there was more fighting (wow I sound old!)  than I would have liked but this could be because I spent 20 minutes lost and could only find things to do in the social realm.  Now that I know how to get directly to the math part I am a little more inclined to let Coulter actually play, once he gets over the scared factor of the ugly aliens (I am starting to think he might be a bit sheltered on the farm).

All in all MathBlaster had something for all ages and abilities through lower middle school.  For those children that are used to the alien (I guess that is what they are) and would love to customize their own player MathBlaster can really help improve their abilities.  Coulter is all around a little young for MathBlaster but in a couple of years I can see him really loving it. 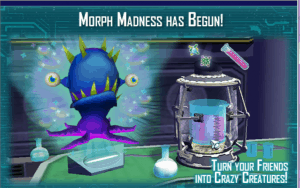 **I received a 3 month trial to MathBlaster in exchange for my review.  This however did not promise a favorable review nor did it persuade my opinion.**

Convenience vs. Space: Would you Buy a Mini Fridge? »

I went to college for years to achieve a teaching