These opinions are my own and do not reflect the opinions of Family Christian. 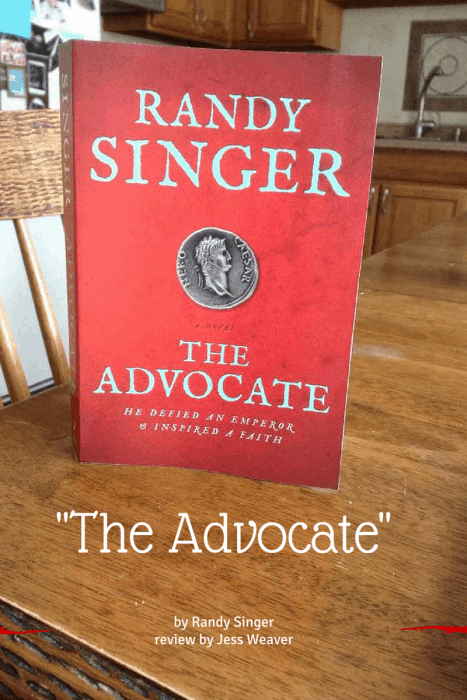 What’s happens in The Advocate?

Randy Singer’s “The Advocate” brings to life the historical figure Theophilus to whom historians only know by the name in the accounts of Luke and Acts. Singer places Theophilus at key places in moments of the early church history to bring biblical stories and cities to life.

Theophilus is present at the trial and execution of Christ, in which he was horrified at watching an innocent man crucified. This is a pivotal yet haunting event that would mold him into becoming “The Advocate.” As The Advocate he would continue to stand for truth. Theophilus becomes Rome’s greatest advocate at a time when Rome’s sins are at its worst. He takes on cases that have already been decided by Caesar. Some say only a fool would take on these trials.

Theophilus has convictions and a love for others that is so great and compelling. He’s willing to defy not one, but two Roman Emperors and an entire empire. Theophilus hits his greatest challenge when it’s time to defend Paul the Apostle of Christ. Theophilus finds strength in the Man on the Cross. Singer’s story tells of Theophilus’ grand personality, yet also shares his greatest and darkest secrets. Sometimes his convictions take him down a dark path. However, in the end, he finds peace after letting go of everything he holds dear.

What do I think about the book?

I think that Randy Singer did such an incredible job writing this book with such historical accuracy and description. I felt like I was running down the streets of Rome and rescuing others from the quenching fires set ablaze by a ruthless Roman emperor. I fell in love with the heroes of this book and came to dislike the villains (very much). Singer tells the story of Theophilus so well and he takes you on a rollercoaster of emotions. Warning: you may leave this book feeling like you have a new sense of purpose.

Make sure you grab The Advocate right on the Family Christian website.

You can stay in touch with Family Christian by following any of their social media accounts.

PSA alert! Always label food that you put in the